Whether you are a digital business virtuoso, keeping your edge with a data-driven approach to decision making and your zest to invest in profitable online ventures, or one of the daring entrepreneurs that use hard facts to feed their passion for innovation… taking a good look at the current status and dynamics of the ecommerce-platform industry is going to be helpful.

Before we jump into some ecommerce-platform market-share data, let’s take a brief look at the countries that have proven to be most prolific in the ecommerce industry.

What Are the World’s Largest Ecommerce Markets by Country? 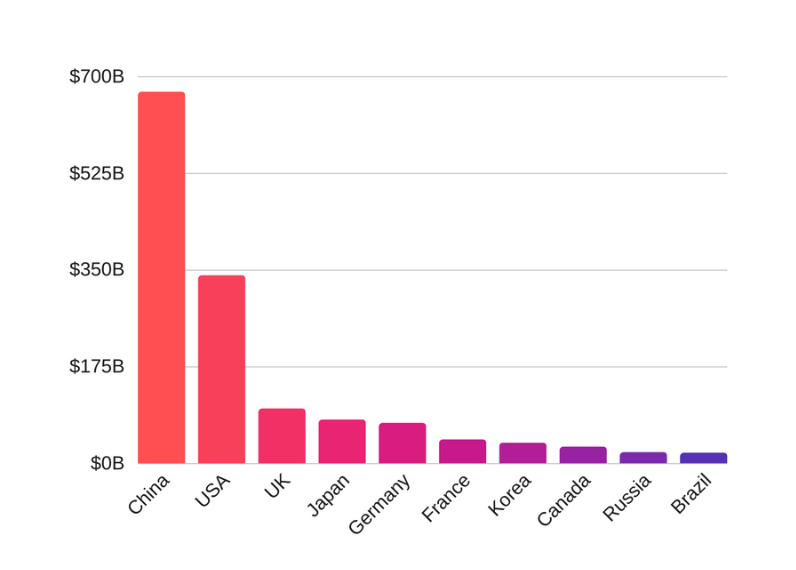 Surely, the leading ecommerce platforms will vary throughout these and other countries, as well as across larger regions. However, at a global level, the top players are quite well established.

Who Are the Top Players on the Global Ecommerce Platform Market?

A 2017 Statista paper covering the global market share of leading ecommerce platforms clearly shows staggering domination by WooCommerce, which is being run on 28 percent of all e-commerce sites worldwide.

However, it is well established that the popularity of WooCommerce among e-shop owners is largely attributed to the apparently unweathering popularity of WordPress, which is still the number one CMS worldwide. WooCommerce functions as a WordPress plugin and basically depends on WordPress’ user base.

A hawk-eyed view of the global market share of leading ecommerce platforms, based on website adoption rates, reveals the following top ten brands:

Here is how they stack up against one another: 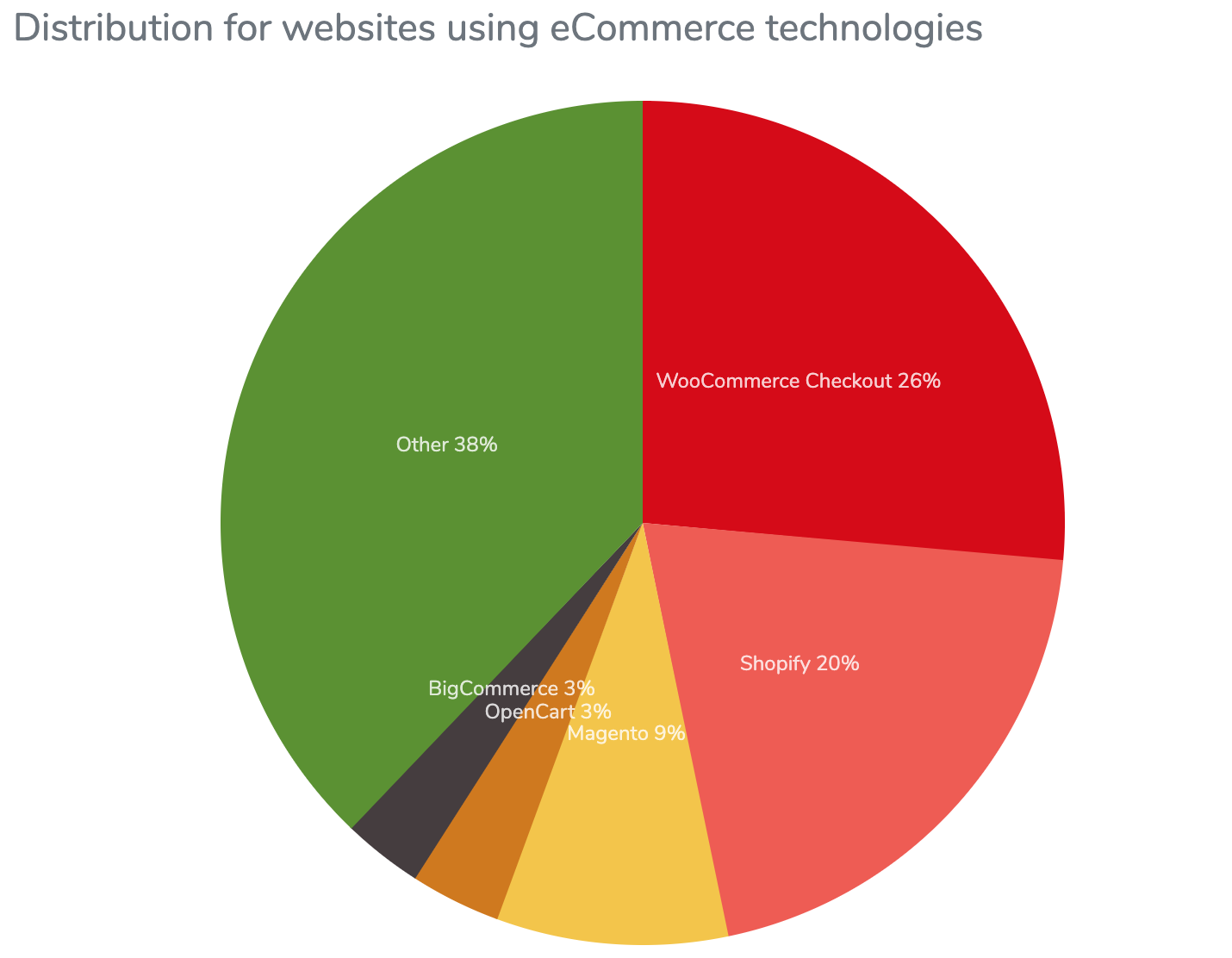 A Sneak Peek Behind the Curtains of Ecommerce Platform Distribution

When analyzing the global ecommerce-platform market, it becomes apparent that a few front runners command a solid slice of the market. Their seemingly undisputed leadership does not truly portray the market and its ever-evolving trends.

This insightful Engadget article dives into the intricacies of the ecommerce platform market, and tackles it in terms of distribution and trends, showing that “there are a lot of factors that change what the market share and distribution of e-commerce platforms are.” For example, in terms of site rankings, the market share of platforms varies greatly when you filter between the top 10k, 100k, and 1M sites.

Distribution and shares also vary when we boil it down to regions and, of course, to global growth rates and growth rates across various regions.

We are clearly not done. Our analysis of the ecommerce sector, with a specific focus on ecommerce platforms, will continue in the form of a couple of extra articles based on available regional data.

Next stop: Europe! Spoiler or not, let me tell you that the ecommerce-platform leaderboard looks dramatically different in Europe. In my upcoming analysis I’ll dive deeper into this, but the most popular ecommerce platforms in Europe are Magento, OpenCart, WooCommerce, PrestaShop, and osCommerce.

As a European payment processor and payment gateway, Twispay integrates beautifully with all of these platforms.

Find me on LinkedIn